OHSU History of Medicine Society lecture sponsored by the Department of Surgery: 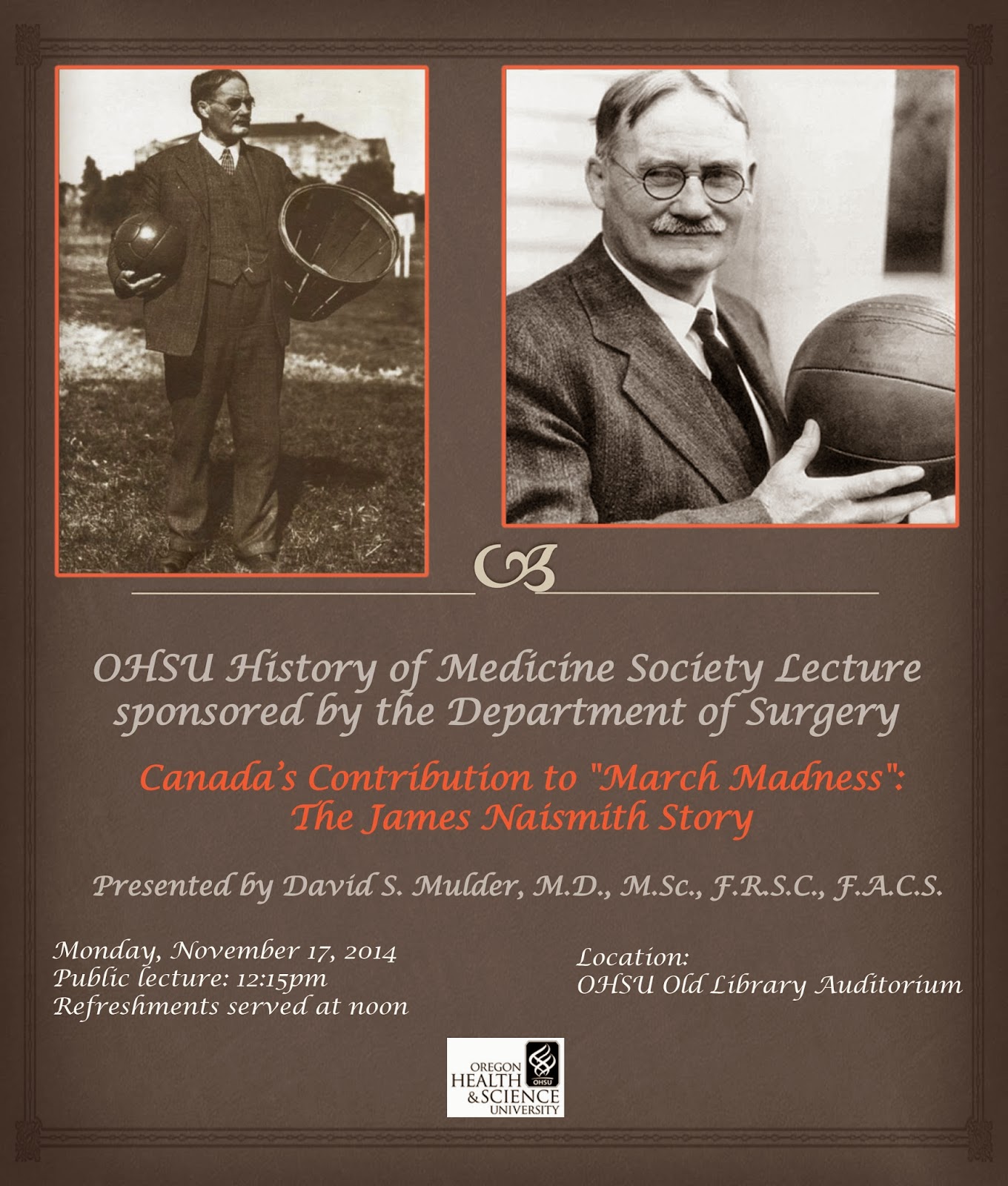 David S. Mulder, M.D., M.Sc., FRCSC, FACS was born in Eston, Saskatchewan, receiving his M.D. degree magna cum laude from the College of Medicine, University of Saskatchewan in 1962.  Following a year of rotating internship there, he received residency training in General Surgery at The Montreal General Hospital/McGill University in Montreal between 1963 and 1967.  During his residency, he spent a year in research and obtained a Master of Science Degree in Experimental Surgery from the Faculty of Graduate Studies and Research at McGill.  He then moved to the University of Iowa in Iowa City to complete two years of residency in Cardiovascular and Thoracic Surgery.  After another year in the Department of Physiology as a Research Associate at McGill University, he was appointed to the Faculty in 1970.  During his formative years as a surgeon, he was exposed to leaders in surgery as mentors that included Drs. H. Rocke Robertson, Fraser N. Gurd, and J.L. Ehrenhaft.

His talent and leadership qualities were recognized early and he became Surgeon-in-Chief at The Montreal General Hospital in 1977.  He was soon appointed Professor and Chairman in the Department of Surgery at McGill University in 1982.  Among the many other positions he holds, he is also the Medical Director of the McGill Sports Medicine Centre and Consulting Staff for the Montreal Canadiens Hockey Club and Alouette Football Club.

One of the significant contributions made by Dr. Mulder in health care delivery was the important role he played in the development of a trauma care system in Quebec as a member of the Trauma Committee of the Province of Quebec.  This system was based on regionalization of care, integrating four Level I trauma centers with more than ninety other trauma centers in Quebec.

The lecture will begin at 12:15 pm in the OHSU Old Library Auditorium. Light refreshments served at noon. Lectures are free and open to the public. For additional information or to request ADA accommodation, contact Maija Anderson, andermai@ohsu.edu, 503-418-2287