The Social Sciences Division of the Special Library Association profiled our student assistant, Amy Frazier, for a series of posts on graduate student experiences in library school. She and several other students provide insight into balancing work and school. Amy had this to say:

"I can’t imagine going through library school without a library job. I have genuinely learned at least as much from my work as I have from my courses; my education would be so much poorer without it. The capacity for real-world application, and the opportunity to learn from professional librarians in a living, working library, has totally transformed my time as a student."

The whole post is worth a read if you're in library school (or just considering it) and concerned about balancing a degree program with work and life.

Rare and historic books donated by family of Drs. William and Rheva Myhre

In 2012, HC&A received what we believe is the largest donation of books in its history. The books are from the collection of Drs. William and Rheva Myhre, a married couple who were in private practice together in Spokane, Washington. After Rheva Myhre passed away in 1990, the books were stored carefully until their family identified OHSU Library as a new home. We accepted the donation from Margaret Myhre, the couple's daughter, and the books were delivered by a friend of the family last spring. 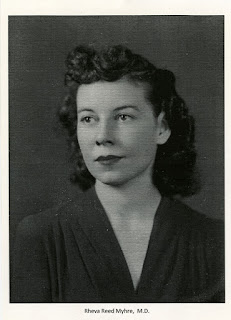 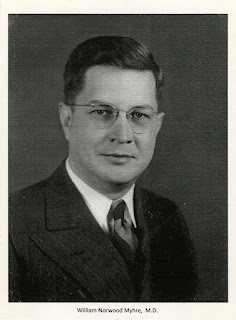 Most of the books in the collection carry a stamp, bookplate or signature from one of the Myhres - some show evidence of being owned by William Myhre since his medical school days.  Many of the books also bear bookplates and inscriptions from previous owners, including John TenBroeck Bird, M.D., with whom William Myhre practiced at St. Luke's Hospital in Spokane. It's a pleasure and a privilege to see how many individuals cherished these books before they came to us. 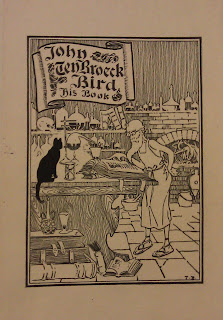 Included in the Myhres' collection are rare and historic 19th-early 20th century works by Thomas Lewis, James Mackenzie, H. Houston Merritt, William Osler, and George Papanicolaou. Also included are publications by significant figures in OHSU history, such as E.E. Osgood and Charles Dotter. Many works are inscribed by the authors, including a copy of The Great Doctors dedicated by Henry Sigerist.. The collection is particularly rich in the areas of cardiology, electrocardiography, and general surgery. However, the Myhres had broad interests, collecting in areas such as medical biography, philosophy, and anthropology - bringing works such as Gregory Bateson and Margaret Mead's Balinese Character: A Photographic Analysis to our collections. Along with much earlier collections from donors such as Joseph Leggett Miller and George Emanuel Burget, the Myhre family's gift now forms a major building block of our rare books collections.

Processing a donation of this size is a major undertaking. Fortunately, the donor supplied an excellent inventory of the collection - without this, the process might have taken two years or more to complete. Review of the collection began immediately on arrival, and continued through the end of 2012. We routed the first cartloads of books to the library's cataloging staff this summer, who began routing them back to us in fall, ready for shelving: 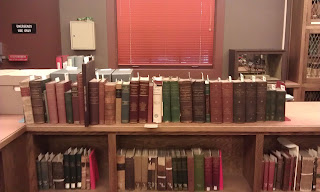 120 books have been selected from the donation so far, and more than half of those have been cataloged. In February, the last of the selected books will be routed to cataloging, and all will be available for research this year.  All books from the Myhre collection will be identified with a local note in our catalog.

Many thanks to Max Johnson, Tina Weyland, Tami Wilkerson, and Sara Oxford for their help in sorting, processing, and cataloging this donation.
Posted by Maija at 2:29 PM No comments: