A couple of weeks ago, I had the pleasure of meeting with James Hawthorne Beck, great-grandson and namesake of the famous Dr. James C. Hawthorne (1819-1881), the first neurologist on the Pacific Coast. In 1862, Hawthorne and his associate, Dr. A. M. Loryea, founded the first mental hospital in Oregon, and called it the Insane Hospital.

Mr. Beck, who for a time was a chemist at the University of Oregon Medical School, donated some interesting materials to us some years back and here he was again with more stories to tell and a sheath of paper in his hand. I fidgeted in my seat, clasping my hands in my lap as he waved it about. You see, Mr. Beck probably knows more about the lives of these two gentlemen, or so he claims, than anyone else on this earth, so I knew it would be a good conversation and that he held some interesting materials, as well.

Great-grandfather Hawthorne was closely tied to our first dean, Simeon Edward Josephi (1849-1935), who became a prominent physician and civic leader in Portland. Josephi came to Portland

and began his career as a protege of Hawthorne working as a bookeeper at the Insane Hospital. After working eight years in the business office, he decided to study medicine and graduated from the Toland Medical College in San Francisco in 1877. Returning to Portland once again, he took a position with Hawthorne as an assistant physician, where he focused on nervous and mental diseases. When the Willamette University Medical Department moved to Portland in 1878, he joined the faculty. When Hawthorne died in 1881, Josephi took over the hospital until it's closure in 1883.

Josephi turned to general practice and in 1884, he helped to organize the Portland Medical Society that later became the Multnomah County Medical Society, and the Portland Academy of Medicine in 1906, serving as president in both societies. He served two terms as State Senator, and was a member of the State Board of Pardons, served on the Portland Water Commission and was treasurer of Good Samaritan Hospital for thirty-six years. In 1885, he was appointed superintendent of the Oregon Insane Asylum in Salem but resigned the following year to return to Portland. He was to play an important role in the formation of the University of Oregon Medical Department, established in 1887. He became its first dean and professor of nervous and mental diseases. He retired after twenty-five years of service as dean emeritus in 1912.

I forgot! I was going to talk about what Mr. Beck brought us but the introduction to the subject has become exceedingly long and, I hope, exceedingly interesting. I will just say that the sheath of papers held tight in his hand was an interview between Fred Lockley and Josephi. Next week I will post some highlights from that interview, which I think you will find fascinating.
Posted by Karen Peterson at 2:45 PM No comments:

Tomorrow! OHSU History of Medicine Society lecture: "Doctors and the Death of History" 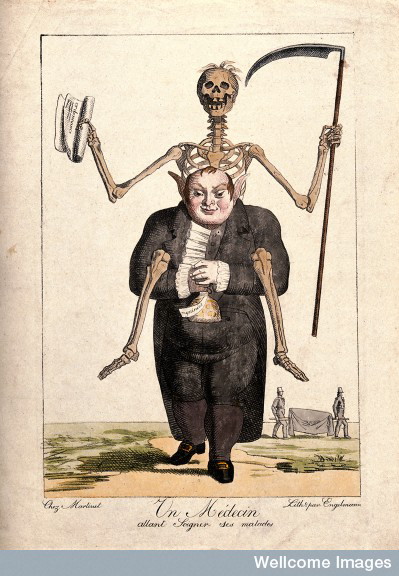 Dr. Simon Chaplin is Head of the Wellcome Library. Located in London, England, the library is one of the world’s leading research centers for the history of medicine and the medical humanities. Since joining the Wellcome Library in 2010, Dr. Chaplin has been responsible for leading a major digitization program focusing on the history of genetics, which will form the pilot for the full-scale digitization of the library’s collections. Prior to joining the Wellcome Library, Dr. Chaplin was Director of Museums and Special Collections at the Royal College of Surgeons of England, where he led the 2005 refurbishment of the Hunterian Museum, a collection based on the anatomical museum of the eighteenth-century surgeon John Hunter. Dr. Chaplin’s received a B.A. in natural sciences from Cambridge University (1991), and a Ph.D. in history from King’s College, London (2009), completing a dissertation on the history of anatomical museums. Dr. Chaplin is a Senior Visiting Research Fellow at King’s College London, was the Hunterian Orator for the Royal College of Surgeons of England in 2010, and was also elected a fellow of the college’s dental faculty.

The lecture is free and open to the public. If you have a disability and need an accommodation to attend or participate in this event please contact Maija Anderson (503-418-2287) at least five business days prior to the event.
Posted by Maija at 9:00 AM No comments:

All of us in HC&A are very excited about our upcoming exhibit in the Main Library:

Co-Inventor of the Starr-Edwards Heart Valve 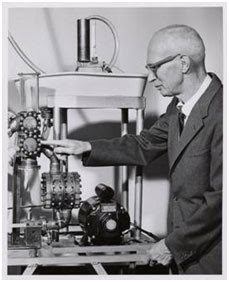 This public exhibit draws on historical research conducted by Richard J. Mullins, M.D., Professor of Surgery at OHSU. Bringing together archival material from OHSU Historical Collections & Archives with items loaned by the family of M. Lowell Edwards, the exhibit highlights this Oregonian's work in co-inventing the Starr-Edwards heart valve. The exhibit will be on display on the 3rd floor of OHSU's Main Library from October-December 2011.

The exhibit is currently being installed in BICC in preparation for opening next week.
Posted by Maija at 2:48 PM No comments: