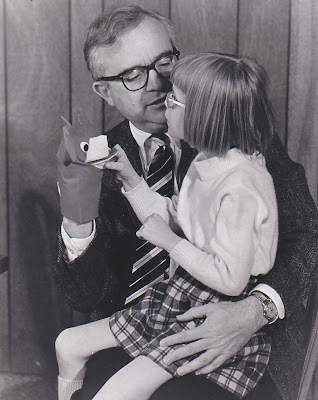 Yesterday, the OHSU community lost another longtime member: psychiatrist Harold Boverman, MD, passed away at the age of 81. This morning's Oregonian ran a lengthy obituary.

A graduate of UC Berkeley (AB, 1950) and the University of Chicago School of Medicine (MD, 1956), Boverman completed residencies in pediatrics (Stanford) and psychiatry (Palo Alto VA) and a fellowship in child psychology (Yale) before joining the faculty at the University of Chicago in 1962. In 1968, Boverman came to Portland as associate professor of child psychiatry.

Boverman served as Chief of the Division of Child Psychiatry at OHSU from 1970 to 1975 and as Clinical Professor of Psychiatry from 1981 until his retirement. He played a major role in founding the Oregon Psychoanalytic Institute and served as its director.

In an interview with the Oregon Journal in September of 1970, Boverman recalled that when he arrived in Oregon in 1968, "he discovered that psychotic children in the state were still being kept in chains and locked in attics.
'I mean this literally.... One 6-year-old-boy in Coos Bay was found in an attic. He could not speak. He wasn't toilet-trained. He would not deal with another human being in a human way. He sat alone all day rocking and patting himself.'" According to Boverman, the child's parents were at a loss for how to deal with their son and could get no help from the state, which had no facilities for treating psychotic children. Boverman spent the rest of his career attempting to address this tragic lack of resources.

His scholarly approach to patient care is reflected in his numerous publications. [His] contributions to OHSU are ingrained in the skills and attitudes of the students he trained. His kind and gentle teaching style and his invitation to students to stretch their imaginations will be missed.

After a bit of a delay due to technical difficulties, the online component of the current Historical Collections & Archives exhibit is now available. The physical installation of George Weirs King, M.D. (1845-1929): Inventor, Physician, and Surgeon will remain on display in the main lobby of the OHSU Library through the end of September.
Posted by Sara Piasecki at 7:15 AM No comments: 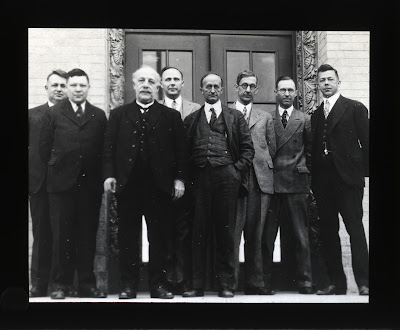 Assembled in 1950 for a talk given by Sears to the Faculty Wives Auxiliary (see Accession 1997-006), the twenty photographs show medical school faculty and campus scenes, and illustrate the ties that bound the small, close-knit community. Central to this particular collection of images are the wives themselves and the children they raised. Plus, a fish haul to rival many a Pacific Northwest tale!
Posted by Sara Piasecki at 10:11 AM No comments:

"It works both ways": Labby on medicine 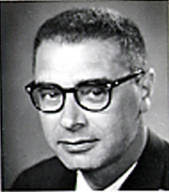 Today, we received the transcript from a May 2003 oral history interview with Dr. Daniel H. Labby, conducted by Dr. Joe Bloom as part of the history of medicine in Oregon project being funded through a number of sources, including the OMEF, OMA, and OHSU. Since the OHSU Oral History Program did not start collaborating on the history of medicine in Oregon project until late 2003-early 2004, we're actually lucky enough to have two interviews with Dr. Labby. The OHSU interview, conducted in September of 1998 by librarian Linda Weimer, is available through the OHSU Main Library.

Dr. Labby shows a combination of good humor and keen insight throughout the 2003 interview. A few of my favorites are below; contact us directly for more information:

Well, I was a Portland native, and actually born in a house near Lair Hill. And my mother being a nurse and my father, who tried to come to medical school as an immigrant boy, couldn’t manage it and became a dentist. So I had two professional parents. I was the oldest, born, actually, in 1914. Or was it 1814? I can’t quite remember.
*******

The medicine at Hopkins, as I say, was under the influence of Sir William Osler. And it interested me because Dr. Selling had also interned there many years before, around 1908. And he told many stories about famous people. For example, one that comes to mind was about William Roentgen, the great German X-ray specialist, who brought his X-rays to demonstrate at the Hopkins. And William Osler at the time was actually the chief of medicine. And my father-in-law, Dr. Selling, as he eventually became, said that he asked Sir William Osler what he thought about the future of the X-ray in medicine, and he said it was a passing fad. And we all took great courage in that, because we knew the great man at times could be wrong.

Well, it was a fascinating time, because there weren’t too many of us full time. There wasn’t enough money. There were only, I’d say, about half a dozen of us, perhaps, all together. Maybe six, seven, eight people. And if we ever wanted to get together as a faculty, all we had to do was wait, because we’d all meet in the lunch room and talk about what was necessary for the teaching. The approach was completely different than it became, of course. For example, we gave seventy lectures – and I gave most of them, frankly – in internal medicine to the junior class. In addition, since we had no specialists in certain areas, I became a specialist because of my interest in metabolism. And rheumatology, diabetes, endocrinology and gastrointestinology, gastrointestinal work. Because of my interest in the liver.

Eventually, I was to be able to hire people to do all that work. But it was much like an old fashioned jazz combo, where you play the saxophone for a while, then pick up the clarinet or the trumpet, and play whatever is necessary. But eventually I was able with Dr. Lewis to hire people like Monte Greer in endocrinology, and Dan Bachman in rheumatology. I got somebody to help me in diabetes and metabolism. And then John Benson came along in gastroenterology. So that began to offset the need for a lot of volunteers from downtown Portland to run these special disciplines in medicine.

Bloom: I have just two other areas that I’m going to ask you some questions about. One is, do you have any advice for patients who are looking to find a physician? How should a patient find a physician like the physicians you’re talking about?

Labby: I’m glad you brought it up because I do get called, not infrequently, about “I’m new to this city,” or, “I don’t like the man who’s taking care of me. Do you have somebody that would be–” and these are the words, – “a good match for me?”
And I say, “Well, what do you mean by a good match?”
“Well, I’d like a physician that will listen and answer my questions.”
And I said, “Well, I’m with you there. But can you ask the questions that you need answered?” Because it works both ways.

Posted by Sara Piasecki at 1:55 PM No comments: 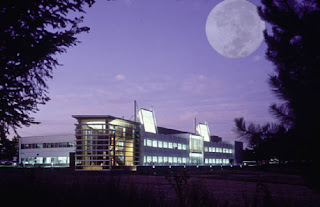 Formed in 2001 by the merger of OHSU with the Oregon Graduate Institute of Science and Engineering (formerly called Oregon Graduate Center), the OGI School of Science & Engineering formed a large part of OHSU's West Campus in Beaverton, OR. A short "about" page on the web site includes some basic facts about the school, but has not yet (as of the date of this post) been changed to reflect the new administrative structure.

We visited OGI (which we now hope to start conditioning ourselves to call SEL) on Friday afternoon to have a look at some archival materials that had been amassed, both in the department's library and by the longtime executive secretary, Carol Hendrickson. Ms. Hendrickson, who was corporate secretary at OGC/OGI for 12 years before OGI joined OHSU and has since served as executive assistant to the dean, has clearly earned her salary. We were treated to an inside look at the superb records she has kept and the small but impressive hoards of photographs, publications, and audiovisual materials that document the institution's history.

Researchers can rest assured that these materials will soon be available for use, and will inform critical appraisals of the school's evolution and a detailed historical review of its impact on Oregon education and technology. In the meantime, keep your eyes peeled for some of the more notable items to be digitized and made available through the OHSU Digital Resources Library.
Posted by Sara Piasecki at 2:25 PM No comments: