Film Screening: At Home and Over There: American Women Physicians in WWI

We are so excited to host this great Women’s History Month event! The film was produced and written by one of our own OHSU students, who spent hours conducting research in HC&A collections in the process of making this film. See below for details. 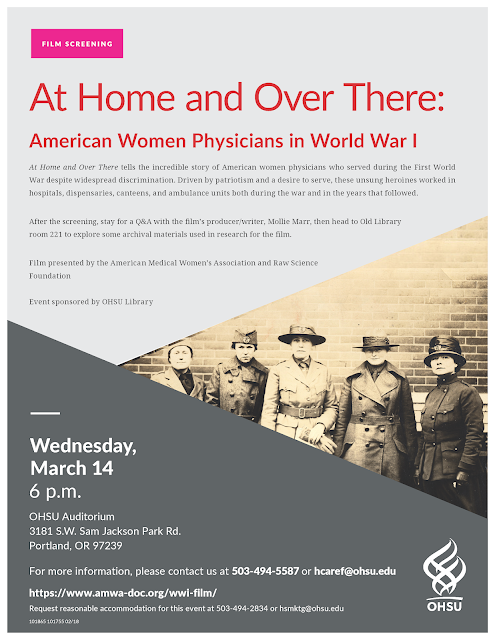 At Home and Over There tells the incredible story of American women physicians who served during the First World War despite widespread discrimination. Driven by patriotism and a desire to serve, these unsung heroines worked in hospitals, dispensaries, canteens, and ambulance units both during the war and in the years that followed. The film features the story of OHSU’s own Dr. Esther Pohl Lovejoy.

After the screening, stay for a Q & A with the film's producer/writer, OHSU M.D./Ph.D. student Mollie Marr, and then head to Old Library room 221 to explore archival materials used in research for the film. This film screening will not be recorded or streamed – we hope that you can join us in person for this Women’s History Month event!

Light refreshments served
Posted by Meg at 9:20 AM No comments: