Today I came across a really delightful bit of medical humanities in our History of Medicine collection: Dr. Albert Scott Warthin's The Physician of the Dance of Death; a Historical Study of the Evolution of the Dance of Death Mythus in Art, published in 1931. The book explores the changing depiction of the physician figure in the evolving forms of the Danse Macabre, or Dance of Death, which originated in the late medieval period and endured with fascinating modifications over ensuing centuries.

Dr. Warthin, a pathologist and Director of Pathological Laboratories at University of Michigan, Ann Arbor, lays out a personal narrative of his interest in the subject in the book's forward: 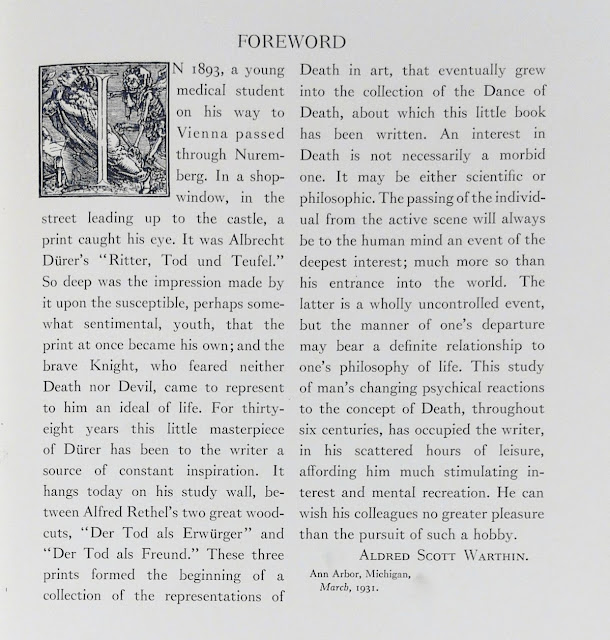 By drawing together the many images of the physician in the Dance of Death, Warthin combines visual analysis with historical references to trace the changing depiction of the physician. Warthin notes, "From the standpoint of costume alone, such a study might be worthwhile, but more important than this, it should reveal something of the physician's social standing through the ages, how and what he appears to the layman, and the latter's opinion of him" (p. 7).

I must tell you that Dr. Warthin's writing is quite lively and compelling as he journeys through the centuries, touching on the interplay of death, medicine and society in European and American cultural history. Discussing the late Middle Ages and the origins of the Dance of Death, he writes:


It was a neurotic and psychopathic age, as shown in its superstitions, its religious fanaticism, its sensuality, belief in witchcraft and magic, its pleasure in torture and the dancing manias of the Rhine villages and in a thousand other manifestations of an unbalanced and uncontrolled mentality. To the mind of the period the visions of the Apocalypse made special appeal. A natural, though pathologic, reaction to the environment of the times! (p. 6) 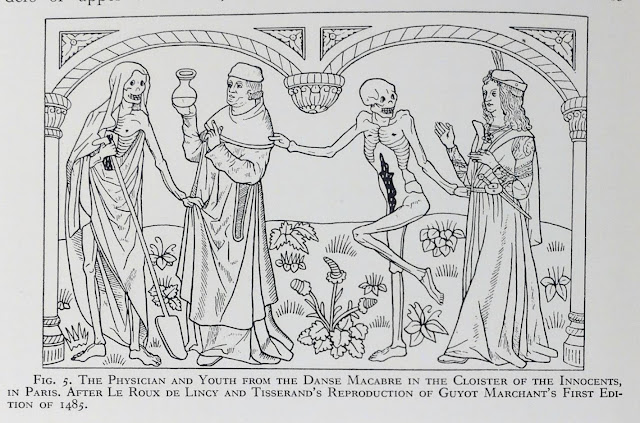 Warthin traces the evolution of the physician in these depictions from a complicit accomplice of death in the early modern period (see Fig. 36) to a helpless mortal, surprised and outwitted by death in nineteenth century parody and satire (Figs. 68 & 82). 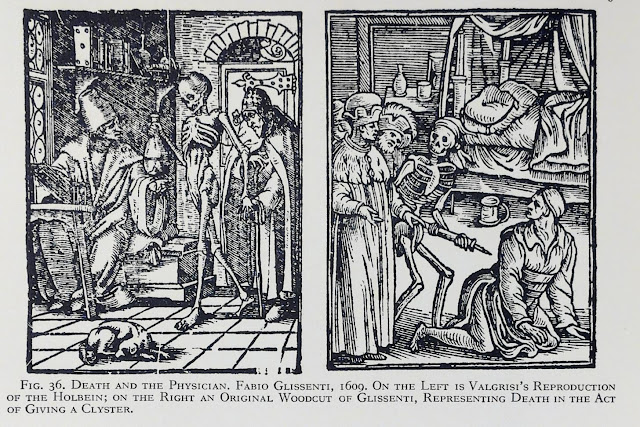 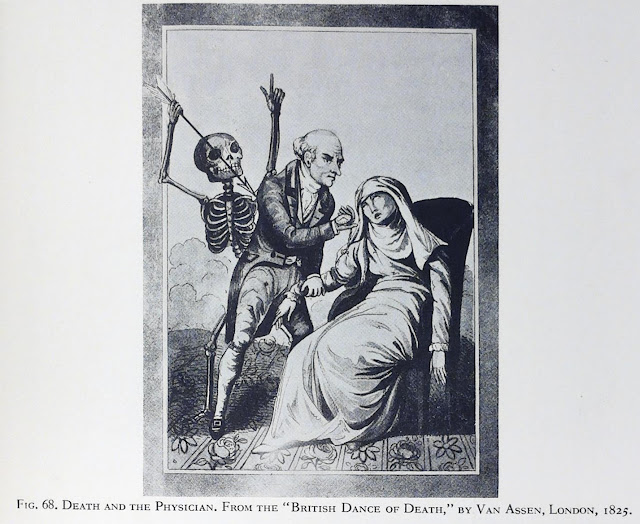 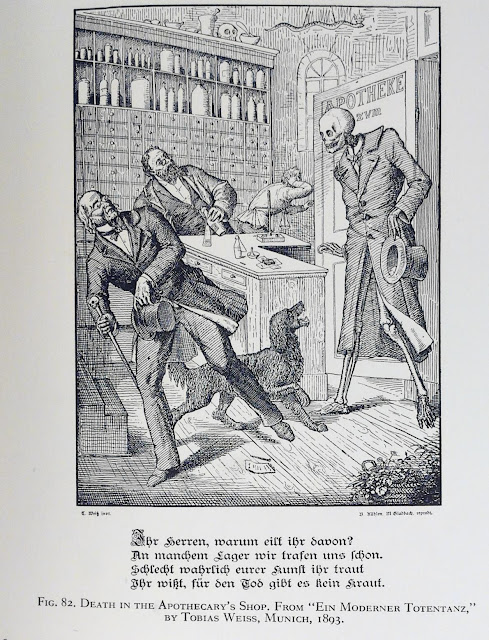 Warthin concludes with a meditation on the meaning of the physician and the Dance of Death in the aftermath of World War I, and considers changes in the portrayed relationship between death and the doctor. Discussing Walt Draesner's 1922 silhouette illustration, "Death and the Anatomist" (Fig. 91), Warthin relates that the work was dedicated to the two brothers of the artist who perished in the war. He notes, "The expression on the skeleton's face as he throttles the old Professor of Anatomy is that of tense and determined cruelty." 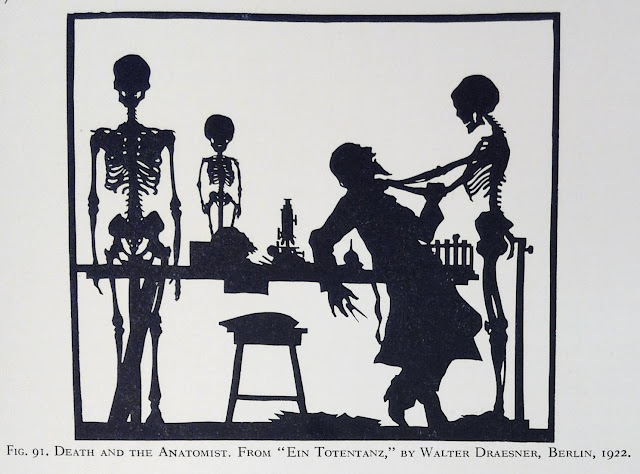 The text concludes with a suggestion for a new iteration of the Dance of Death: "Out of this theme surely some inspired artist could create a Dance of Death that would serve as a memorial of the important part played by medicine in the great catastrophe."

The Physician of the Dance of Death is available for in-person research in the History of Medicine room. Contact us to make an appointment!
Posted by Meg at 9:47 AM No comments: