Like other NBA fans, now that the playoffs, the Finals, and free agency season are all over, I've been stuck waiting out the long basketball drought before the regular season starts (and praying no more Blazers rookies hurt themselves in the summer league!). Luckily, my basketball fever was recently satiated thanks to our department Twitter...
A few weeks ago, I tweeted this great image of basketball players from the University of Oregon Medical School and Dental School on the bench with a special guest, looking for more information or identification of the players. My request worked: Through Mark Kemball, HC&A friend and Director of Alumni Relations at the OHSU Foundation, we received some information from Dr. Mark Hattenhauer, Medicine Alumni Council President. He identified the gentleman on the far right in the "Dental" jersey as Dr. James Litchfield, a 1965 graduate of the School of Dentistry.

The ID was useful in two ways: It gave us a positive identification of one of the players, and narrowed the image date down to a relatively small date range. Because of the narrowed date range, I was able to search for information in a selection of issues of "What's Going On," a bimonthly publication for faculty, staff, students, alumni and supporters of UOMS. Lo and behold, I found the February 1963 issue in which the image was published, accompanying an article about the new Student Activities building: 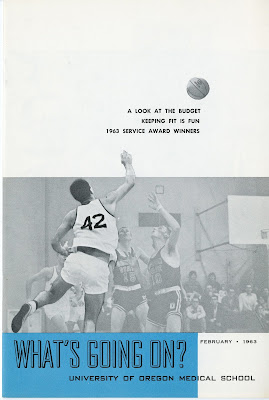 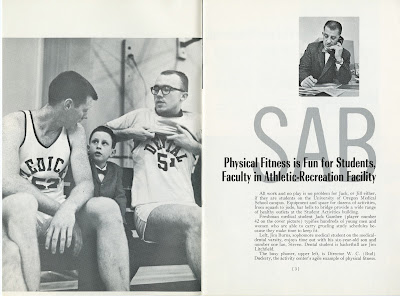 The article identifies the player on the left as Jim Burns, UOMS sophmore, and confirms the player on the right as Dental School student Jim Litchfield. The two played together on the medical-dental varsity team (the medical and dental schools also played against one another, presumably below the varsity level). Between them sits Jim's son (and "number one fan") Steven. Below are several more images from the same year, including the original that the editors of "What's Going On" used for their cover:

Looking at older issues, I learned that the regular University of Oregon Medical School team was known as the Medics and the Dental School team, the Yankers. The two had a little "Civil War" rivalry of their own. Here's the evidence in a "Sports Desk" item from the February 1958 "What's Going On":


It turns out that the Medics had a history of victory: Checking the 1950s issues of "Report to the Alumni," I found the photograph of the 1955 City of Portland Metropolitan League champs, the UOMS Medics! The team went 14-0 in their season, competing against teams from colleges like George Fox, Reed, Concordia College, and the UOMS Dental School. I was also interested to learn that the basketball team was more than just a student affair, with Dr. James Lium, assistant professor of clinical anatomy acting as coach, and Dr. Hugh Anderson, resident in pathology acting as manager. At the time, the team was sponsored by the Alumni Association, to the tune of $110 per year.

According to the "Report to the Alumni" article, the championship trophy was displayed in the Medical School Library (now our OHSU Auditorium/Old Library!) until the following season.

I'll close with an image of your 1955 Metropolitan League champs, the Medics:

Did you or a family member play basketball at UOMS? If you've got stories or souvenirs to share, we'd love to hear from you! Send me a line at langform@ohsu.edu

For many years, HC&A has collaborated with OHSU's Department of Surgery and Dr. Donald Trunkey to facilitate access to rare books in the Trunkey Library. This departmental library is named for Dr. Trunkey, a trauma surgeon and former chair of the department. Dr. Trunkey is also an avid book collector, and his namesake library holds part of his collection. Dr. Trunkey's collection reflects his interest in the history of trauma surgery and military medicine, and includes many classic 19th century titles.

We are pleased that a selection of rare books from the Trunkey Library will now have a home in HC&A. Below are some glimpses of the collection:

A plate from the 1820 volume of American Medical Recorder. This volume contains William Gibson's "Case of Wound of the Common Iliac Artery," which describes the first known ligation of this artery. 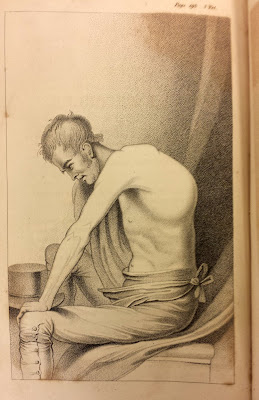 L.P. Brockett's The Camp, The Battle-Field, and the Hospital (Philadelphia: National Publishing Co., ca 1866), a florid account of the Civil War, in a suitably florid publisher's binding. 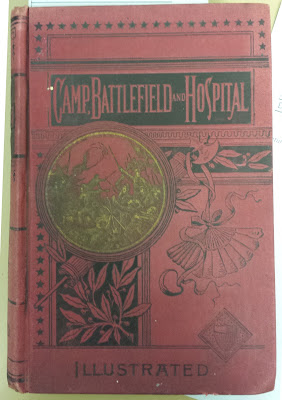 A copy of F.W. Rankin's Surgery of the Colon (New York: Appleton, 1926) bears the bookplate of the University of Oregon Medical School's own Dr. Thomas M. Joyce. Incidentally, the Kentucky Digital Library has a 1941 letter from Joyce to Rankin, congratulating him on becoming President-Elect of the AMA. 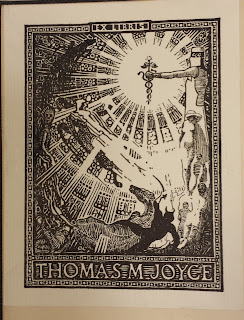 Quite charmingly, attached to the flyleaf of the book is an envelope and note from Thomas Joyce's family, gifting it to a Dr. Rosenblatt - likely the Portland surgeon and accomplished golfer Millard S. Rosenblatt. 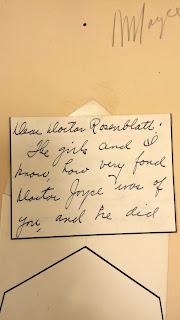 Books from the Trunkey collection will be cataloged for HC&A's rare book collections, and will be available to the OHSU community and the general public for research.
Posted by Maija at 9:56 AM