Three new acquisitions for our rare book collections have one important thing in common: They are all books on nursing, written by nurses. There are many 19th century books on nursing written from the point of view of physicians. These three books represent nursing as its practitioners experienced it. 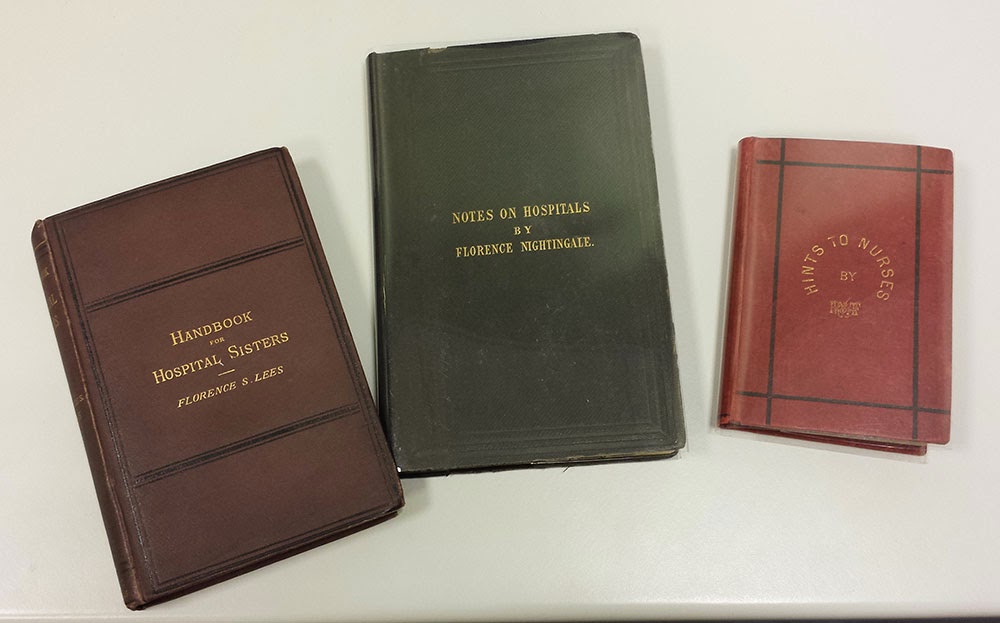 From left to right, the three books are:

Florence Nightingale was, of course, the founder of the modern nursing profession. The other authors were Nightingale's early trainees, who then went on to educate the next generations of professional nurses. All three had distinguished nursing careers: Florence Lees served in the Franco Prussian War, conducted a critical survey of nursing practice in London, and was the first superintendent of the Metropolitan and National Nursing Association. Nightingale described her as "my dear warrior friend." Rachel Williams was the matron of St. Mary's Hospital, and was closely mentored by Nightingale. Alice Fisher eventually moved to the United States, and became superintendent of the Pennsylvania General Hospital. 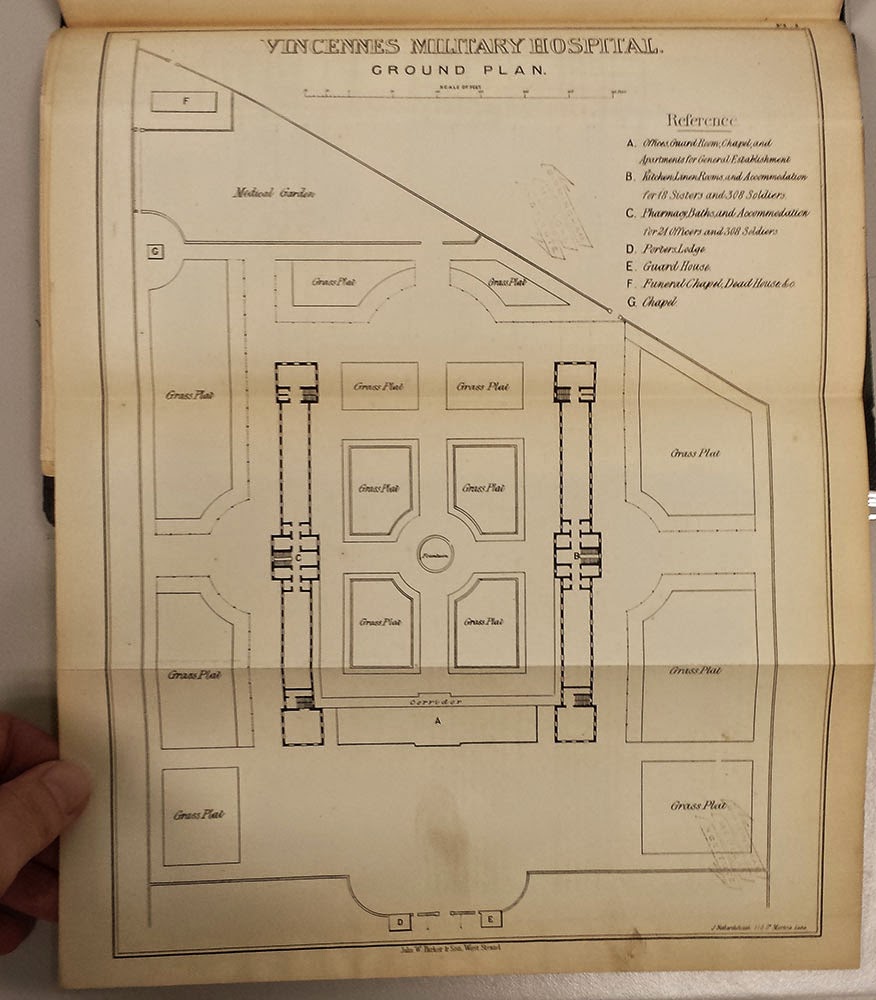 The Nightingale book has some interesting foldouts showing floor plans of military hospitals. The book contains extensive studies of hospital planning and construction, and draws attention to the large number of patient deaths then caused by poor facilities planning.

These books will be cataloged for our rare books collections, and will be available for research in HC&A.
Posted by Maija at 1:07 PM No comments: Links to this post