Kathleen just completed digitizing her first batch of 15 oral history transcripts for the DRL! But with 100 more transcripts (and counting) in the collection, it's full steam ahead:

Mary Elizabeth "Betsy" Baptist was interviewed by Heather Rosenwinkel in 1999. Ms. Baptist discussed her studies in medical technology at University of Oregon Medical School, and her career in teaching and medical technology.

Kenneth Swan was interviewed in 1997 by Joan Ash. Dr. Swan reflected on his sixty-year career as an ophthalmologist at University of Oregon Medical School. He discusses the development of the Department of Ophthalmology and the Elks' Children's Eye Clinic, and Dean David Baird's vision of a nationally prominent medical school.

Transcripts and recordings of interviews from the OHSU Oral History Program are also available for checkout from the Main Library.
Posted by Maija at 9:44 AM No comments:

New in the DRL: Division of Medical Psychology photos

We have lots of photos of the medical school's pathbreaking Division of Medical Psychology in the DRL. Some great photos of its founding faculty and staff have just been added: 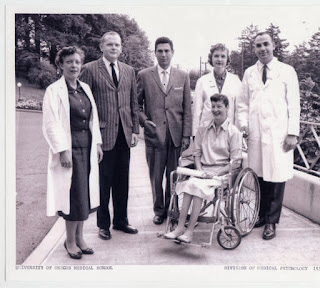 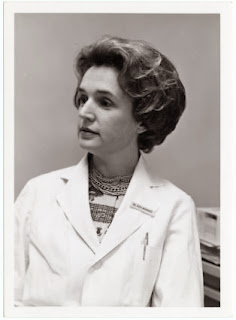 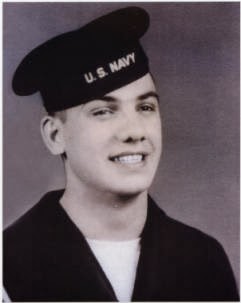 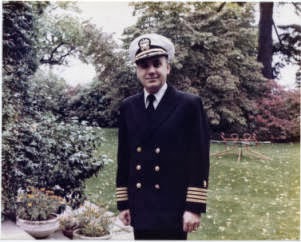 
University of Oregon Medical School recruited the Matarazzos in 1957, creating the first Department of Medical Psychology in the country.