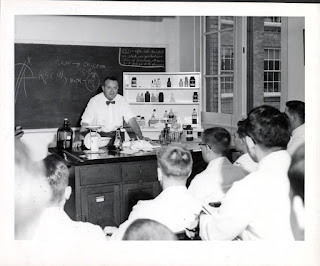 Above: Joseph A. Beeman, M.D. lectures to a medical school class, circa 1954 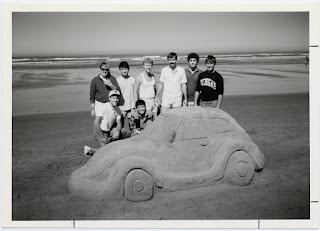 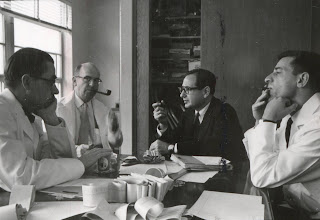 Above: Herbert Griswold, M.D. and Albert Starr, M.D. (second and third from right, respectively) relax with colleagues, circa 1960s 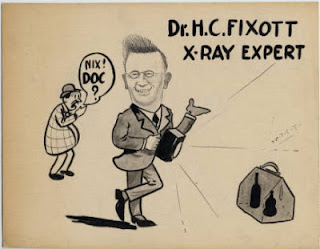 Above: A cartoon of H.C. Fixott, M.D. reveals the hazards of careless use of x-ray technology
Posted by Maija at 3:50 PM No comments: Links to this post

Women physicians - many of them alumnae of our medical school - were among the leaders in Oregon's suffrage movement. Notable among them is Dr. Esther Pohl Lovejoy, who will be represented in the documentary. Lovejoy's biographer, Kim Jensen, narrates two video extras on the documentary's Website. 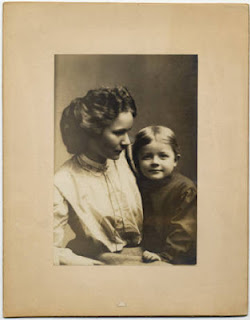 Many congratulations to Century of Action, the public history project dedicated to celebrating the centennial, and advancing public understanding of women's citizenship.