An all-too-brief survey of university crests

Recent inquiries into the meaning and history of the Old Library's "Scientia Medica Continuet" medallion led me to do some research on university crests. Sara's 2007 post on the Old Library medallion has proved indispensable - I hope that the following survey of crests of OHSU schools will also come in handy in the future.

Until the mid-1970s, both the School of Medicine and School of Dentistry used the University of Oregon crest, familiar to Oregonians everywhere: 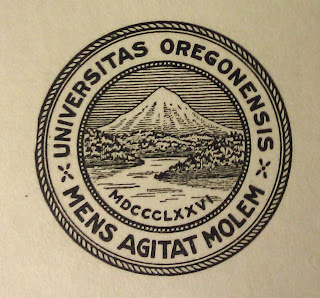 This design was often adapted to include the school's name in the border. Both SOM and SOD sometimes imposed a Rod of Asclepius over the mountain image: 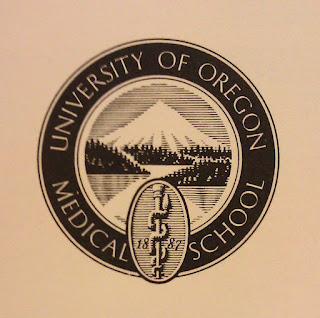 However, the Department of Nursing Education (later the School of Nursing) had its own distinctive crest, featuring a female figure holding a lamp - a traditional symbol of the nursing profession: Both SOD and SON changed their crests in the early 1970s. The new crests show a later 20th-century preference for boldness and simplicity in graphic design, and look more like logos: 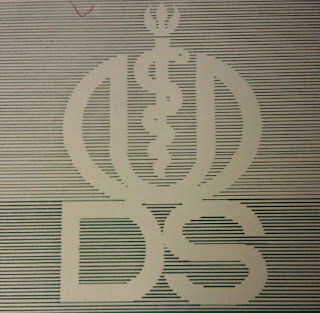 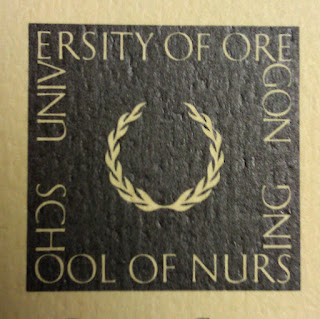 In 1974, University of Oregon Health Sciences Center was formed. A stylized Rod of Asclepius symbol appeared, intended to represent all three schools collectively. 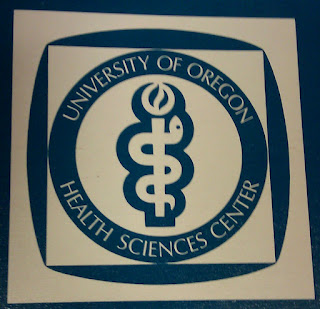 Later iterations of the OHSU logo tended towards abstraction and inclusivity, leading to our current logo, which evokes the flame of a torch. 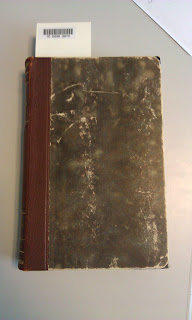 This unassuming book was among several new additions to our collections, recently routed back to us after being cataloged. 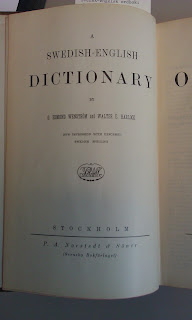 After Dr. Larsell had no further use for his dictionary, it appears that it was donated it to the library. There it stayed for many years. Given the low demand for Swedish-English dictionaries in our library, it was little-used. So it is entirely understandable, if unfortunate, that at some point it was weeded from the library's collection (for those of you not in the library field, "weeding" is a handy euphemism for recycling books that are no longer useful in the library's collections. It is done by absolute necessity, in order to free up space for books that patrons will actually use). 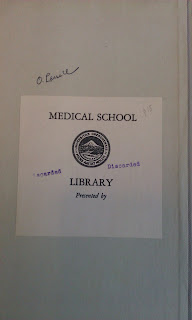 How did it come back to us? Well, it somehow caught the eye of the late Dr. Clare Peterson, who was known to browse the library's giveaways for additions to his own book collection. When Dr. Peterson passed on, his collection was dispersed. When it came to my attention, I decided it should come back home. If we do another exhibit related to Dr. Larsell, it will be a great way to illuminate both his heritage and his contributions to medical history.
Posted by Maija at 12:06 PM No comments: