Last week we received another donation of books from the family of Russel L. Baker. Included is a copy of Orson Squire Fowler's The Practical Phrenologist: 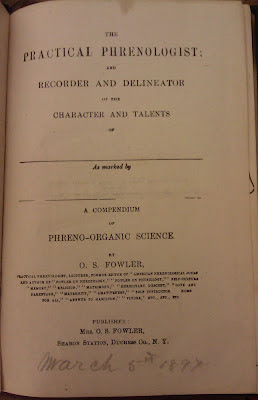 Fowler, O. S. The Practical Phrenologist and Recorder and Delineator of the Character and Talents. Boston: O.S. Fowler, 1869.
In the 19th century, phrenologists such as Fowler studied the structure of the skull and surfaces of the head to determine an individual's mental qualities. Different parts of the skull were thought to indicate the relative strength of specific aspects of an individual's character and intelligence. 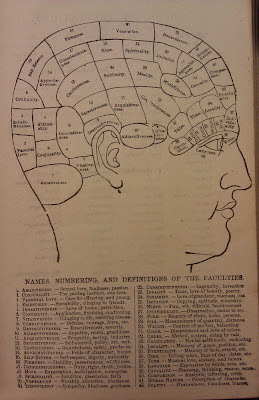 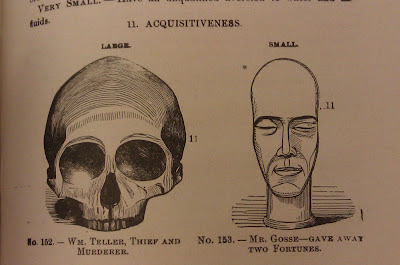 Although it is now discredited as a pseudoscience, phrenology did contribute indirectly to greater understanding of neurology, particularly the concept of cortical localization.
Posted by Maija at 1:25 PM No comments: Links to this post

Things are rolling along with our public history project on M. Lowell Edwards, supported by the Edwards Lifesciences Fund.

Most notably, we have added several new items of Edwards-iana to the Digital Resources Library, including 21 photographs of Starr-Edwards valve prototypes from the Jeri Dobbs Collection. 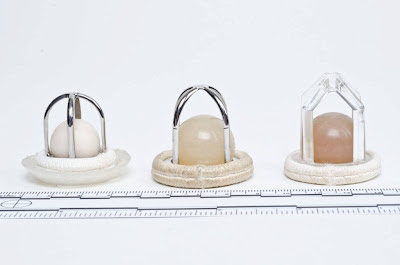 We also edited existing metadata for dozens of other items, aggregating all DRL items related to M. Lowell Edwards and the Starr-Edwards heart valve.
Posted by Maija at 2:12 PM No comments: Links to this post