We recently acquired three monographs for our History of Medicine and History of Dentistry collections:

Lucas-Championnière, Just Marie Marcelin. Antiseptic Surgery; the Principles, Modes of Application, and Results of the Lister Dressing. Portland [Me.]: Loring, Short, and Harmon, 1881.
The first English-language edition of the first book to provide a complete description of antiseptic surgery techniques.
Morton, William J., and Edwin W. Hammer. The X Ray or Photography of the Invisible and Its Value in Surgery. New York: American Technical Book Co, 1896.
The first book to document the use of x-ray technology in surgery.
White, James William. Dental Materia Medica. Philadelphia: S. S. White, 1868.
The first English-language dental pharmacopeia.

All three will be cataloged for our collections and available for research in HC&A.

This morning we had a researcher consulting our books by William and John Hunter. I took the opportunity to snap a few photos of our copy of William Hunter's greatest work, Anatomia uteri humani gravidi tabulis illustrata [The anatomy of the human gravid uterus exhibited in figures]. 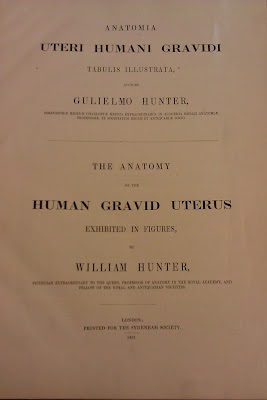 The engravings by the Dutch-born illustrator Jan van Rymsdyk are beautiful and - to my eye - unsettling. 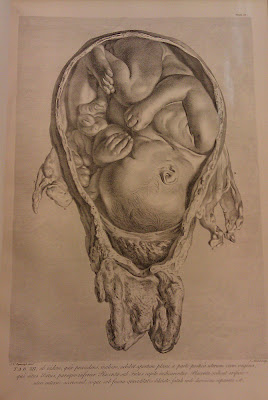 "PLATE VI. This represents the child in the womb, in its natural situation...Every part is represented just as it was found; not so much as one joint of a finger having been moved to show any part more distinctly, or to give a more picturesque effect." 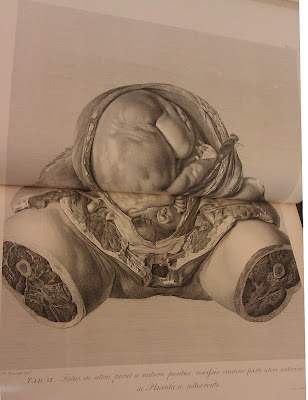 Plate XII is one of two images of a subject that was described as having died from a fatal "flooding" or hemorrhage during childbirth. The caption points to "The external lobulated surface of the lower part of the placenta; which had originally stuck to the inside of the neck and mouth of the womb; but as parturition approached, the dilation of these parts occasioned a separation, which was necessarily followed by an hemorrhage."

The narrative details give the subjects a haunting concreteness.
Posted by Maija at 10:05 AM