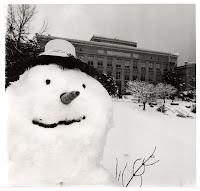 A hello and a goodbye on tap today. I'm signing off for the next two weeks as I head out on a holiday break--but don't despair, friends of history! A new voice will be debuting in this space during that time. Our Archivist, Karen Peterson, will start posting on a regular basis. I'll let Karen introduce herself and her project to you, but suffice to say that this will still be the space where you'll hear all about OHSU history, the history of the health sciences in the Pacific Northwest, and the daily happenings at Historical Collections & Archives. You just won't have to listen to me all the time.

So, welcome Karen! And Thank You!

And happy holidays to all.
Posted by Sara Piasecki at 10:33 AM No comments: 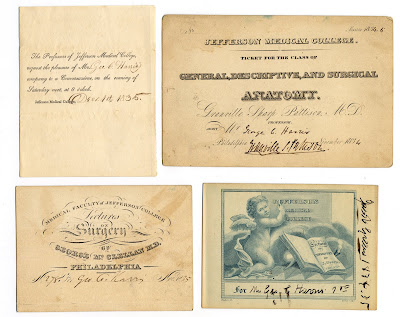 A small collection of materials pertaining to the medical education of George C. Harris, M.D., has also been uncovered recently in some repatriated files. Included are Harris' tickets for admission to classes and "conversazione" at the Jefferson Medical College (1834-1836) and a letter of reference for Harris from a physician in whose office he apprenticed (1835).

What we know of Harris comes (as so often) from Olof Larsell's The Doctor in Oregon, which includes this information (p. 314-315):

George C. Harris (1811-1930) was born in Maryland and received his medical degree from Jefferson in 1836, having previously served a preceptorship with a physician near Hagerstown, Maryland. In 1849, he went to California and practiced among the gold miners. Returning to the East, he located for a time at Springfield, Illinois, later going to Texas where he engaged in cattle raising in the Panhandle region. A blizzard destroyed his stock, after which he practiced medicine in Missouri for some years. He came to Oregon in 1865, settling at Eugene, where he practiced until 1881 when he moved to Pendleton. There he continued his medical activities for a time, but soon retired to a farm about nine miles from the town.

And then we get the odd anecdotes:

Shortly after Harris reached Pendleton a cowboy was hanged for killing a sheepherder. The body was obtained by the doctors of the town and pickled in a barrel for dissection. On one occasion Harris had a girl patient suffering from the measles. He took his young son to see the girl so he would catch the disease and have it over with.

The archival materials were sent by F.T. Harris, M.D., of Seattle to Olof Larsell in 1946, but perhaps not in time for the book; Larsell cites only a personal communication with J.W. Harris as his source for information on George.
Posted by Sara Piasecki at 12:58 PM No comments:

During World War II, medical schools across America were asked to speed up their training of new doctors to supply to armed forces units both at home and abroad. As a result, students at the University of Oregon Medical School finished in three years, rather than four, in the accelerated program. A number of our oral history interviewees have talked about the effect of the wartime schedule on training, whether from the perspective of teacher or pupil (see the list in the Oral History Master Index). But I don't think any of the anecdotes sum it up quite as graphically as this drawing, executed by Ralph A. Fenton, M.D., and dated December 1, 1942, recently uncovered in a donation from March 2008. 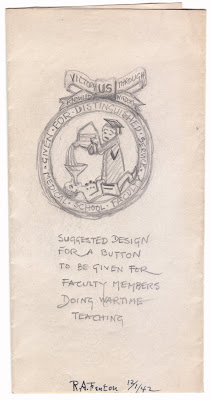 Fenton was chair of the Dept. of Otology, Rhinology, and Laryngology, so I guess he would know precisely how large the volume of information funneled down the throat could get....
Posted by Sara Piasecki at 3:35 PM No comments:

What would you choose? 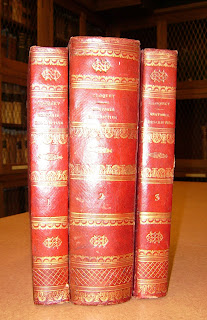 If you had the opportunity to save an object from possible oblivion, what would you choose? What characteristics would that object have? Would it be beautiful art? Would it be an important scholarly work? Would it be a rare example of a particular type of thing? Would it be something that no one else in your neighborhood has?

Given our opportunity, we chose Manuel d'anatomie descriptive du corps humain, representee en planches lithographiees by Jules Cloquet (Paris : Chez Bechet jeune, 1825). This three-volume anatomical text is not only a great work of art (with 340 plates containing thousands of figures); it is the culmination of the scholarly contribution of this French surgeon, after whom a hernia, a canal, a septum, and a gland are named. An early example of a lithographic anatomical atlas, this copy is notable for its rare hand-colored plates. Not only is this now the only copy of this work in the Pacific Northwest; WorldCat shows only one other holding in American libraries.

This work joins OHSU's copy of an American edition of the Traité d'anatomie descriptive written by Jules' older brother Hippolyte. 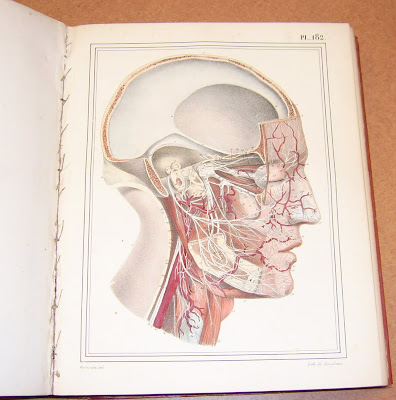 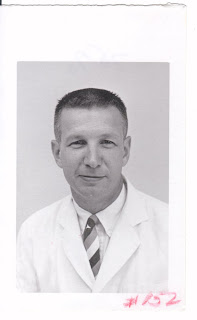 The third oral history interview of the (fiscal) year is on schedule for today, and it looks like we're sticking with the M's. After great interviews last month with David Mahler, PhD, and William Morton, MD, DrPH, we are set to sit down with E. Alan Meyer, PhD (who has been donating some of his papers to the archives; about which more here). Lesley Hallick, PhD, President of Pacific University, will be the interviewer. We hope to hear more about his exciting stint as a cryptographer in World War II, his work with giardia, and his fifty-plus years in the Dept. of Molecular Microbiology and Immunology at OHSU.