It should be right here where I left it....

We often wonder, here in the archives, whatever happened to many of the records we know must have existed when the Willamette University Medical Department merged with the University of Oregon Medical School ("must have" because, without that faith in the genetic predisposition of humans to Make Records, we archivists would quickly lose heart). A small clue may be contained in this quick note from W.H. Byrd, M.D., of Willamette, to K.A.J. Mackenzie, M.D., of Oregon: 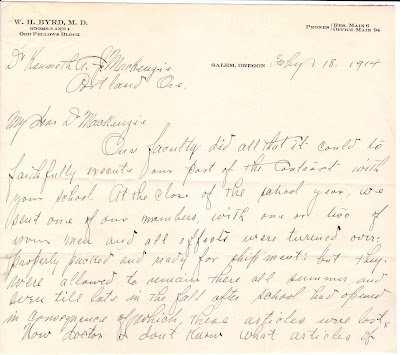 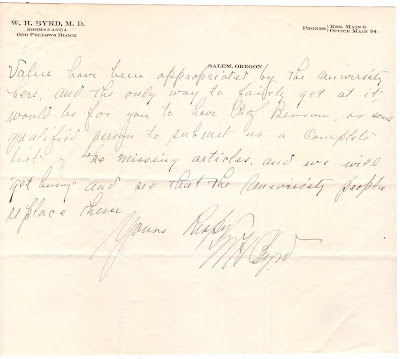 "At the close of the school year, we sent one of our members, with one or two of your men and all effects were turned over, properly packed and ready for shipment, but they were allowed to remain there all summer and even till late in the fall after school had opened in consequence of which, these articles were lost."

Byrd goes on to suggest that UOMD make a list of the valuable items which could be replaced. "Valuable" and "replaceable" being two adjectives rarely applied to paper records, one wonders whether that was that for some documents. Or maybe the diener's dog ate them.
Posted by Sara Piasecki at 1:06 PM No comments:

About a year ago, we undertook a small project to remove from the Subject Files those things which were more properly archival collections, accessioning them into the archives but not otherwise doing much with the materials at that time. 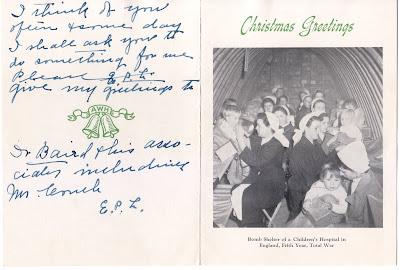 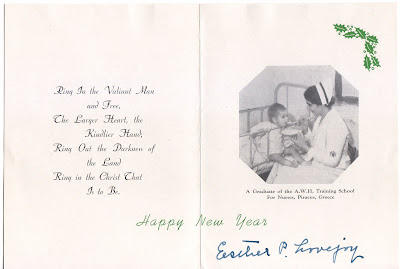 "Some day I shall ask you to do something for me"... Yes, Don Lovejoy!

History of pediatric surgery at OHSU

Today's mail brought us a donation of a "History of pediatric surgery at Oregon Health & Sciences University and Doernbecher Children's Hospital, 1894-1998", written by then Chief of Pediatric Surgery and Surgeon-in-Chief of Doernbecher, John R. Campbell, M.D. The piece was developed in celebration of the opening of the new DCH building in 1998.

That date range isn't a typo: in 1894, UOMS faculty member George M. Wells, M.D., taught a course on "diseases of children" which included (among other things) "surgery of infancy and childhood." But while training in the special surgical needs of children was developed early on, true specialization was longer in coming. Some of the early generalists who worked to make the university a center of pediatric surgery were C.W. Brunkow (especially for cleft lip and palate), Millard Rosenblatt (who developed the multi-disciplinary team approach to pediatric surgery), and Clare Peterson (who separated the Stubblefield twins in the world's first successful surgery on thoracopagus joined twins).

The Division of Pediatric Surgery was finally established in 1967, and Campbell was recruited from the Children's Hospital in Philadelphia as chief. The history includes many more names--and photographs--of individuals responsible for advances in pediatric surgery at OHSU, as well as a timeline of important events.

More anecdotal information about pediatric surgery at OHSU is also available in the oral history interview with Dr. Campbell, conducted in 2005.
Posted by Sara Piasecki at 11:04 AM 1 comment: 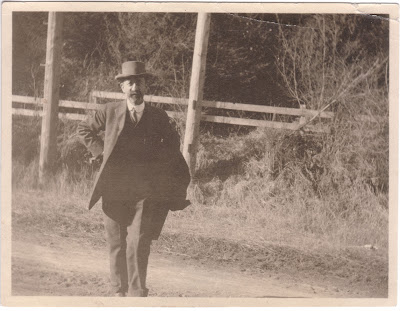 What does any university hold, beyond its buildings, its equipment, its books and journals, its endowments and its positions? John Dice McLaren might have answered: promise.

Penciled on the back of this photograph, in what appears to be McLaren's hand is:

In 1915, the Marquam campus was indeed just a promise--not even that, a hope. A hope for a better building, one that wasn't a firetrap. A hope for more quiet, away from the trolley tracks. A hope for room to grow.

McLaren may have had more of an eye to the future than some of his colleagues; after all, he did agree to be de facto librarian for the school from 1913-1917, giving many of his own books to the fledgling collection. And libraries, as we know, are temples to promise and hope.
Posted by Sara Piasecki at 3:22 PM No comments:

"Music of the Heart" now online

As we mentioned just over a week ago, the new exhibit on cardiology history, "Music of the Heart: Rhythms and Murmurs," has been installed in the lobby of the OHSU Library on Marquam Hill. For those of you not able to visit the campus during its run, the online component is now available on our exhibits page. You'll see two lovely drawings by Clarice Ashworth Francone, a few photographs of museum pieces, and some photographs of OHSU faculty who were active in cardiology research, along with the complete brochure text, written by Archivist Karen Peterson.

Enjoy!
Posted by Sara Piasecki at 8:40 AM No comments: