The more things change, the more we stay the same

A fresh batch of medical students has recently started classes here at OHSU; med12 (as they are collectively called) is spending a lot of quality time in the anatomy lab this fall. Anatomy is a subject that can easily incorporate older literature because of the (nearly) unchanging nature of the human body. Some of our anatomy teaching faculty are quite knowledgeable about the history of anatomy and medical illustration, and make an effort to incorporate some original sources into their classroom presentations.

Last week's request was for some of the figures from Bartolomeo Eustachi's Tabulae anatomicae, of which OHSU holds a 1761 edition. Eustachi is widely considered to be one of the fathers of modern human anatomy, and is known today primarily for the inner ear tube which bears his name. One of the more unusual features of his images are the ruled edges, which allow for precise location of anatomical structures without burdening the image with letters or numbers.

Our copy lacks provenance information, so if you happen to recognize the coat of arms stamped in gold on the vellum binding, we'd appreciate hearing about it.

We've been working on getting more of these digitized images into the OHSU Digital Resources Library; a search there on "anatomy, artistic" and/or "medical illustration" will get you a list of what's currently available. Enjoy!

(Colored figures from the Tabulae are available from the National Library of Medicine, from their 1783 edition.)
Posted by Sara Piasecki at 10:12 AM No comments:

Identifying the cause of deterioration in women

Staff member Jeff Colby is slowly but surely making his way through digitizing the A.D. Mackenzie Records (Accession 2003-007), which consists of carbon copies of typed letters on onion skin paper (i.e., scan it or lose it!). The correspondence primarily pertains to A.D.'s medical practice and his activities as officer in both the Multnomah County Medical Society and the Portland City and County Medical Society. Today, we're up to page 245. It's a letter to Dr. Molitor of La Grande, which reads in part:

At the present date all the numbers are nearly filled with the exception of one paper by Dr. F. W. Van Dyke of Grants Pass, who proposes to address the meeting on "the question of the Higher education as a cause of the Deterioration in women," and the committee trust that you will pardon them if they place you on the program to open the discussion on same. I presume that this is a question upon which we all have more or less settled ideas, and one which it matters very little whether you are in favor of his views or not.

We can be fairly certain that A.D. was not in favor of Van Dyke's views, since his correspondence includes letters to several local women physicians, indicating their acceptance into one or the other medical society. In sum, the collection provides a wonderful snapshot of medical culture in Portland in the opening years of the 20th century. 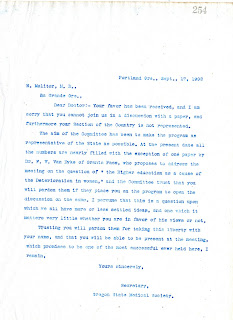 Posted by Sara Piasecki at 3:24 PM No comments: 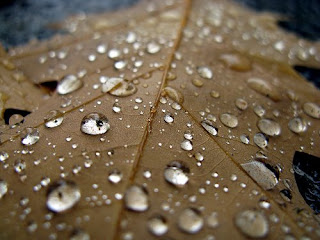 October is upon us, which means it will begin to rain in earnest in Oregon. What do we have to look forward to? The people who designate "national month-ofs" have taken notice and made October not only Archives Month but also Medical Librarians Month. Thanks, powers that be!

Working in a medical archives has its ups (how many times now have I told the triumphant tale of our acquisition of the Balopticon glass lantern slide projector?) and its downs (having a volunteer smash a bunch of pathology slides will give anyone the willies for weeks), but it is, ultimately, very rewarding. For a profession that moves as fast as medicine usually does, libraries and archives provide a critical touchstone and a necessary repository for the memories of not only past generations, but the current one as well.

Whether they know it or not.

Or, as one might say on first viewing Oregon's 2008 Archives Month poster: No matter how big the bucks, we'll continue to ride!

(Fabulous photo by peasap)
Posted by Sara Piasecki at 11:40 AM No comments:

Impressions in the sands of time 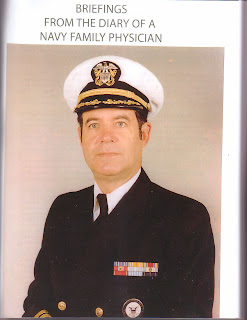 Yesterday, emeritus professor of behavioral neuroscience Dr. Joe Matarazzo, PhD, passed along to us the autobiography of Dr. Richard Montgomery Bernard, a family medicine physician in private practice here in northwestern Oregon. Entitled Impressions in the sands of time, the book chronicles Bernard's life and career, from his early days as a chorus member in Hollywood movies to his military service in World War II to his entry into medicine and his experiences as a world traveler.

Bernard went through UC Berkeley on the Navy V-12 plan, graduating in 1945 with a BS in chemistry (minors in math and nuclear physics). During the war, he was employed on the Manhattan Project at Berkeley, working with Lawrence's 184-inch cyclotron. After the close of the war, Bernard enrolled at the University of Chicago, receiving his MD in 1950. He returned to the west in July of 1950, and completed an internship at the University of Oregon Medical School Hospitals & Clinics in June of 1951. After a stint as medical officer aboard the USS Dixie during the Korean War, Bernard embarked on a career as a private practice family physician here in the Portland area, serving also as a clinical faculty member in the OHSU Dept. of Family Practice from 1971 on. In 2007, Bernard retired from OHSU as emeritus clinical professor.

The memoir is filled with wonderful photographs and facsimiles of the many certificates and awards that Bernard received over his long career. Personal anecdotes abound, with stories of long treks to exotic locales, short fishing jaunts, and--of course--many medical junkets. A particularly haunting tale comes in chapter 3, when Bernard is attacked and left for dead by two young men outside of Vernonia on October 3, 1963. The pair had been looking for their marijuana patch and had gotten lost on the road; Bernard's effort to be a good samaritan nearly cost him his life.

The book will soon be cataloged and added to the Pacific Northwest Archives Collection. In the meantime, the complete table of contents is included below.

Happily, the OHSU Oral History Program has received its funding request for the current fiscal year (July 2008-June 2009), and plans are well underway for several interviews to be conducted in the coming months.

Dr. Cecille Oppenheimer (Sunderland) Beyl, MD, pediatric cardiologist, will be speaking with Sima Desai, MD, of the OHSU Division of Hospital Medicine. Dr. Beyl's mother was also a physician, and we'll be getting her perspectives on the changing role of women in medicine as well as her own experiences as a pediatric cardiologist.

Dr. R. Ellen Magenis, MD, will be interviewed by Susan Hayflick, MD, about the history of the OHSU Department of Microbiology and Molecular Genetics. Dr. Magenis is an expert in human chromosome mapping, and currently directs the OHSU CDRC Chromosome Clinic.

Dr. Charles A. Grossman, MD, whom we have mentioned in this space before, will sit down with Ralph Crawshaw, MD, to talk about his career and changes in medical practice over the past 50 years. The Grossman interview will be a shared resource for the OHSU program and the history of medicine in Oregon documentary project.