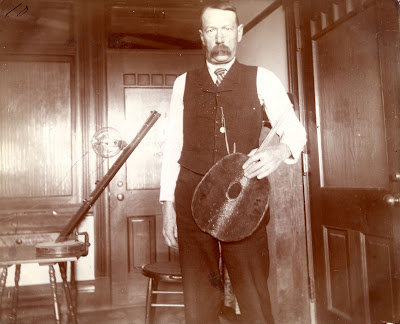 In the collections here, we have a scrapbook created by one George W. King, M.D., and deposited at the University of Oregon Medical School sometime in the forgotten past. It was subsequently cataloged into the PNW Archives collection, deconstructed and reassembled into an archival binder with mylar sleeves.

When present staff of the Historical Collections & Archives found it amongst the books in PNW, we made a decision to move it into the archives, accessioning it as a collection in 2005. At that time, we didn't know anything about Dr. King. The collection guide fesses up to this, noting that "There is little information on George W. King, M.D., in the HC&A collections. It is probable that..."

Everything after that statement turns out to be incorrect. We now know, thanks to the hard work and generous help of Dr. Deborah Lynn Guber at the University of Vermont, that the creator of our scrapbook is one George Weirs King, scion of the King family of Bellmont, NY. He was born in Bellmont, New York on October 20, 1845. He received his medical degree from the University of Michigan in 1877, and was a practicing surgeon in Helena, MT, for many years before moving to Portland in the late 1890s. He died June 26, 1929 in Portland and is buried in Rose City Cemetery. (King is shown here demonstrating a device in his office in Montana.)

King filed a patent for his invention, the King Fracture Apparatus, which is highlighted in the scrapbook: 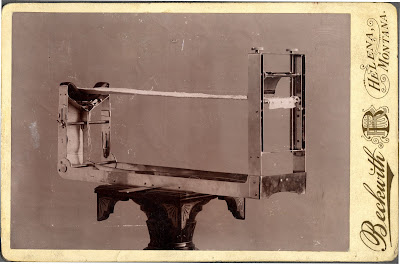 Also included are photographs of a transport litter he designed while at the mining camp, many before and after photographs of patients he treated for conditions from club foot to cancer, and even some specimens. To see the complete inventory, click here.
Posted by Sara Piasecki at 1:22 PM

Yesterday, we received from the Department of Molecular Microbiology and Immunology a fantastic collection of materials from Harry J. Sears, Ph.D., first Chair of Bacteriology at the University of Oregon Medical School and the first bacteriologist in the state of Oregon.

Included, for example, is this letter from Dean Richard Dillehunt laying down what must have been among the first university rules for projects with pharmaceutical companies and conflict of interest (1940): 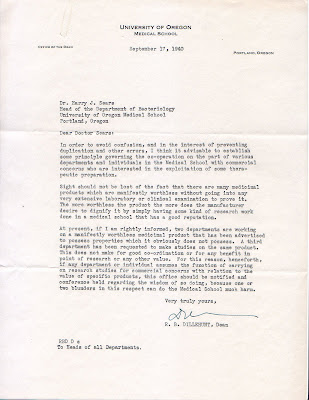 and this letter from Sears to Dr. J.F. Conway discussing the premedical education of students in 1936: 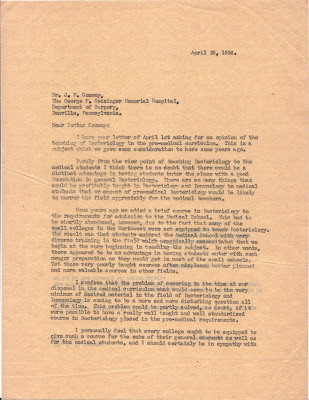 Related collections currently held by HC&A include the Harry J. Sears Papers (2005-005) and the Harry J. Sears Glass Lantern Slide Collection (2006-011). The former, which is presently unprocessed, includes a draft of the original petition to the Board of Regents to establish the University of Oregon Medical School (1887) and a letter from Harry Cliff, M.D., documenting the creation of the first residencies in medicine, surgery, and obstetrics at the UOMS (1927).
Posted by Sara Piasecki at 1:07 PM

Those whom I've already pestered for their best guesses on the nature and usage of the machine we picked up from the old NSI Library last week and those who have silently opined about it may be interested in what I have uncovered so far. 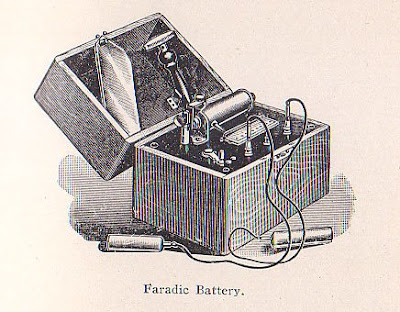 and a photograph of a practitioner applying electrodes similar in design to those which came with the Dow apparatus: 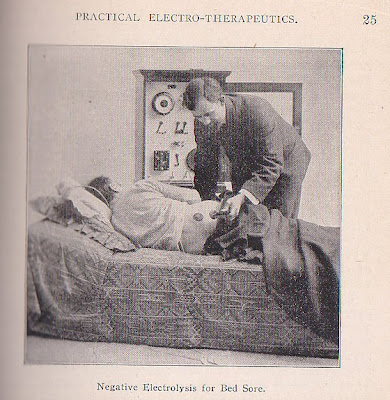 So, early research points to Faradic battery.
Posted by Sara Piasecki at 2:17 PM

In today's issue of the Annals of Internal Medicine (July 15, 2008, 149(2):135-136), Charles M. Grossman, M.D., recounts his participation in "The first use of penicillin in the United States," which occurred on March 14, 1942. Grossman was "acting assistant resident" in his ninth month of service when he found himself caught up in the historical event.

This morning, Charles M. Grossman, M.D., happened by the History of Medicine Room here at OHSU. As it turns out, he has just closed his Portland office, out of which he served the city's population for 58 years. He came to see the Room and offer us some material for the archives (as soon as he finds it again; the house cleaner was a bit overzealous in straightening up his home office, apparently).

No stranger to controversy, Grossman has received attention a number of times for his actions in medicine and in politics. For example, a 1965 news article summarizing a debate on Medicare between Grossman and the equally notable local physician Edward E. Rosenbaum caught some of the vitriol of that event. Grossman told the story of an elderly patient financially ruined by medical bills, concluding that "She couldn't spend her last days in the dignity she had expected." Rosenbaum reportedly shot back, warning of the dangers of government interference in medical practice: "If you think they're going to pay your hospital bills and not exercise control, you've got another think [sic] coming."

In 1990, Grossman was issued a 30-day exclusion order from Portland parks for carrying an anti-nuclear war sign in Tom McCall Waterfront Park while the U.S. Navy ships were docked for Rose Festival. (We take our Rose Festival seriously here. But not that seriously. The order was later overturned and the underlying ordinance found unconstitutional in 1994.)

In the 1950s, Grossman was investigated by the House Un-American Activities Committee, and he wound up leaving OHSU (then University of Oregon Medical School) in 1954 when a senior faculty member declined to sign his grant renewal. Fit as a fiddle and clearly as open to a challenge now as ever, Dr. Grossman makes a valuable contribution to the history of the health sciences in the Pacific Northwest merely by getting up in the morning. We look forward to receiving any materials he might be interested in depositing.
Posted by Sara Piasecki at 1:44 PM

On Friday, I picked up from the West Campus an apparatus that "just appeared" in the recently vacated Neurological Sciences Institute library space. Luckily for us, alert staffers sequestered the item in a locked area and called us. 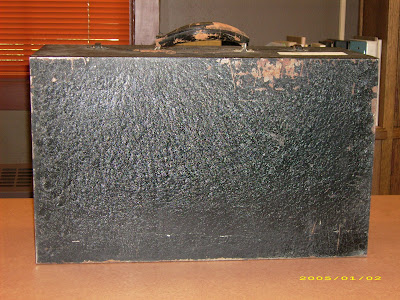 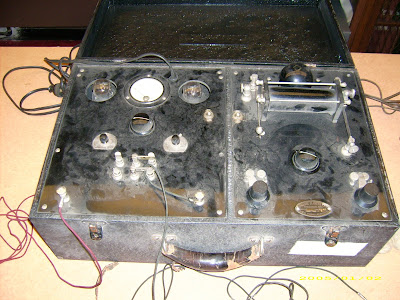 The item was rumored to be "the original EEG machine" of Dr. Robert S. Dow, founder of the Dow Neurological Sciences Institute. What it actually is, I'm not yet entirely sure.

Frank S. Betz Co. moved to Hammond in 1905, and operated there until its absorption by the A.S. Aloe Co. in 1937 (according to this company history from the Hammond Historical Society). So, the item most likely dates to the period 1905-1937, which coincides with the medical education and advanced neurological study of Robert Dow.

If you have any thoughts about the purpose of this piece of equipment, give us a holler at homref at ohsu.edu.
Posted by Sara Piasecki at 12:46 PM