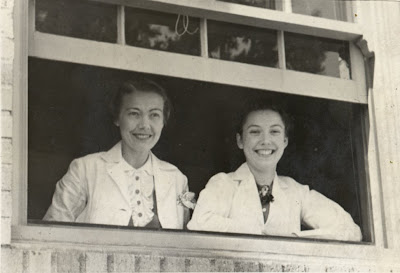 We have now mounted the web site to accompany our local installation of the NLM traveling exhibit, Changing the Face of Medicine: Celebrating America's Women Physicians, for those of you not able to visit either the Collins Gallery or the OHSU Main Library to see the physical displays. The Multnomah County Library exhibit web site has been available for some time, and includes additional information on the related programming and Collins Gallery hours.

Included on the OHSU exhibit web site are links to streaming video of two lectures on Oregon women physicians and a link to a list of recommended reading. The keynote lecture on the history of women in medicine, delivered by Dr. Sima Desai on June 21, was audiotaped and should soon be available to download as a podcast. Stay tuned for more details!
Posted by Sara Piasecki at 1:53 PM No comments:

I have returned from my southern sojourn to find that the catalogers have been busy in my absence. Several new (old) titles are now available in the PNW Archives Collection, including:

Experiences in environmental sanitation / by William B. Culham (1994)
A history of sanitation policies in Oregon, from restaurants to labor camps to schools and tourist destinations. With presentation inscription from the author to Dr. Harold Osterud, noting the publication of Dr. Harold Erickson's "Public health services for all" : revitalizing a shattered plan (1993).

Diet manual / University of Oregon Medical School Hospitals and Clinics (1972)
The 1972 edition joins its siblings, the 1959 and 1980 manuals, providing a three-decade-long record of dietetics at the university facilities.

Commencement day / University of Oregon
Programs from the 1923 and 1925 general commencement of the University of Oregon, listing graduates of all the schools (including Medicine), honors and award winners, and the order of exercises. Interestingly, it looks like the U of O itself only has later examples of the programs from the 1940s and 1950s listed in its catalog; the University Archives lists some additional materials that may be in the same series as these day programs.

My medical school / by Esther C.P. Lovejoy (1974)
The 1974 issue of the Oregon Historical Quarterly which contains the memoir of Lovejoy's medical school years at the UOMS. With an introduction by UOMS Librarian Bertha Hallam.

Public health methods and their application in Portland / City Club of Portland (1922)
Billed as "a preliminary study by the Public Health Bureau" with the caveat that the report "has not been officially adopted by the Club." The report includes information on the organization and activities of the Bureau; information on sanitary engineering and public health and social service programs; recommendations on changes and improvements; and three appendices, including meat and milk reports for 1921.

History of the Multnomah County Medical Society, 1884-1954 / by George M. Robins (1993)
Which we have previously reported on in this space.

As always, questions about any of these--or other materials in the PNW Archives--will be happily answered.
Posted by Sara Piasecki at 1:36 PM No comments: