Since the OHSU Library has not received any issues of the Medical Society of Metropolitan Portland's journal, The Scribe, since early December, I am sharing here my second history of medicine article (publication date Feb. 4, 2008). This month's topic was Esther Pohl Lovejoy.

She was a sweet-faced girl about eighteen years of age known in the ward as Mary Dre. She had been sent to the hospital from the police station where a charge of attempted suicide was booked against her under that official appellation and all efforts having failed to elicit her true name the officials [gave?] one [?] to her…. ‘What shall I do?’ she moaned. I’ve worked so hard and suffered so much all night – but it’s no use! If those students come I’ll die – and I must live! I must live! I can stand the pain but if those young men come I shall die of shame!’

So reads the beginning of one of several notebooks of incomplete and unpublished manuscripts by Esther Pohl Lovejoy, M.D., contained in the collection of her papers at OHSU Historical Collections & Archives. It is not remarkable, in and of itself, that Esther Pohl Lovejoy wrote romance novels; what is remarkable is that this woman not only practiced medicine and wrote fiction, she wrote (and published) nonfiction, spearheaded campaigns for international medical relief, ran for Congress, stumped for suffrage, and panned for gold in Alaska.

Esther Clayson was born at a logging camp in Seabeck, Washington Territory, in November of 1869. Later, she would begin her memoir “My Medical School (1890-1894) As I Remember” with the lines: “Washington Territory was a forest primeval where births were not registered at the time I was born. The date is a matter of hearsay, but I certainly can remember that in the middle seventies I was living at a logging-camp on Hood’s Canal…” As a young girl, she moved with her family to Portland, to the Golden Rule Hotel, where Esther first became attracted to the medical profession in the person of Belle Schmeer (later Belle McDonald), medical student at the Willamette University Medical Department: “if that’s what women doctors looked like after they grew up I wanted to be one.”

Esther was successful in her desire to join the ranks of medical professionals, graduating from the University of Oregon Medical School in 1894. Shortly after graduation, she married her classmate Emil Pohl, and in 1898 she joined him in the Alaskan gold fields. The two divided their time between Portland and Alaska, and Esther gave birth to a son in 1901. In 1908 her son Freddie died as a result of septic peritonitis caused by tainted milk, and her husband Emil succumbed to spinal meningitis while in Fairbanks in 1911. Despite these personal tragedies, Esther continued to practice medicine in Portland, becoming the city’s Health Officer in 1907, the first woman to hold such a position in a city of that size. In 1912, she married Portland businessman George Lovejoy; the two were divorced in 1920.

Esther Pohl Lovejoy went on to campaign for suffrage in Oregon in the 1912 campaign, vigorously promoting a cause she believed was, simply, “right”: “every honest, intelligent and sane person who has considered the subject carefully is a suffragist.” Her leadership and activism contributed greatly to the success of the campaign; Lovejoy gained valuable experience in fundraising, networking, collaboration, rhetoric and public speaking—skills she would put to use again and again in her later work.

During World War I, she traveled to war-torn France under the auspices of the Women’s Committee for the National Council of Defense and studied the plight of civilian women and children with support from the Medical Women’s National Association and other groups. Her book House of the Good Neighbor, poignantly described the effect of war on women; lectures based on her wartime experiences helped fund the creation of the American Women’s Hospitals, an international medical relief organization. She served as director of AWH from 1919-1967. In addition, she was one of twelve original organizers and first president of the Medical Women’s International Association.

Esther lived much of her life in New York City and traveled extensively around the globe, but she always considered Portland her home. At her death in 1967, she was buried in Lone Fir Cemetery.

Esther once wrote: “There is sickness here – famine there – war and hatred all around – ignorance and malice affecting thousands. Life is short at its longest – with all there is to do, let’s get busy.” As fitting a call today as it was a half century ago.
Posted by Sara Piasecki at 2:24 PM No comments: 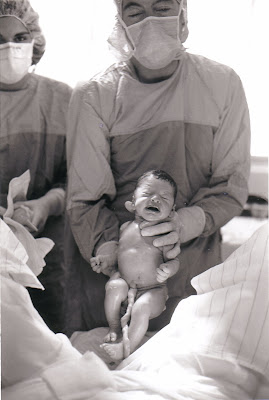 Happy Valentine's Day to you and all your loved ones.
Posted by Sara Piasecki at 12:21 PM No comments:

Apologia for the history of medicine

Recently added to the History of Medicine Collection are eight pamphlets written by J.H. Wythe, M.D., (1822-1901) bringing our grand collection total of Wythe works to nine. Wythe, one of the founders of the Willamette University Medical Department, wrote on topics both medical and spiritual, sometimes bringing them together in discussions of mind-body wellness and the scientific bases of revelation.

In 1886, he was invited to address the graduating class at Cooper Medical College (now Stanford University School of Medicine) and took as his topic "Our indebtedness to the past." Since we get a kick out of justifying our daily exertions with references to authors whose works we continue to preserve, I herein share with you some of Wythe's thoughts (emphases added):

I desire to remind you of our indebtedness to the past, believing that such remembrance will not only keep you steady on your chosen course, and save you from drifting into currents of unscientific speculation, but will also prove a healthy stimulus to continual advancement....

In every department of life the last quarter of a century has brought many additions to our knowledge and comfort. It is hard to think of anything better, so that a sort of apotheosis of the present age has taken place in some minds, which is rather a hindrance that an advantage to them. It is like removing the scaffolding before the work is done. All the progress of the present is founded upon and made possible only by the attainments of former times. We may neglect or despise the past, yet a truthful study of history will prove it to have been full of excellence....

Medical knowledge ... [is] a river which is fed by numerous rills. It is also a treasure which is committed to its graduates for use and increase. It is no solitary conception, nor exclusive dogma, starting from the genius of a single mind, and carried out more or less faithfully by its followers. It is truth respecting the body and mind of man....

All history shows, however, that those who forsake the traditions and spurn the labors of the past are always ready to follow some ignis fatuus over the quagmire of uncertain speculation....

Beware the ignis fatuus! For more information on the man behind the words, see Olof Larsell's short biography Joseph Henry Wythe, 1822-1901 available in the PNW Archives.
Posted by Sara Piasecki at 10:50 AM No comments:

At long last, the inventory for one of our most heavily used collections, the Historical Image Collection, has been made available online in PDF format. Now, without contacting us directly or coming to the History of Medicine Room in person, researchers can determine whether the collection holds anything of interest for their projects. The inventory is regularly updated as photographs are received, so check back periodically for new listings.

Of course, the HIC is not the only collection containing photographs. Archival collections with significant image components have photograph indexes, also made available in PDF on our Archives web site as collections are processed.

We welcome questions about images of people, places, or subjects that do not appear on our various inventories; oftentimes if we do not have a particular photo, we can direct researchers to other repositories.
Posted by Sara Piasecki at 11:08 AM No comments: